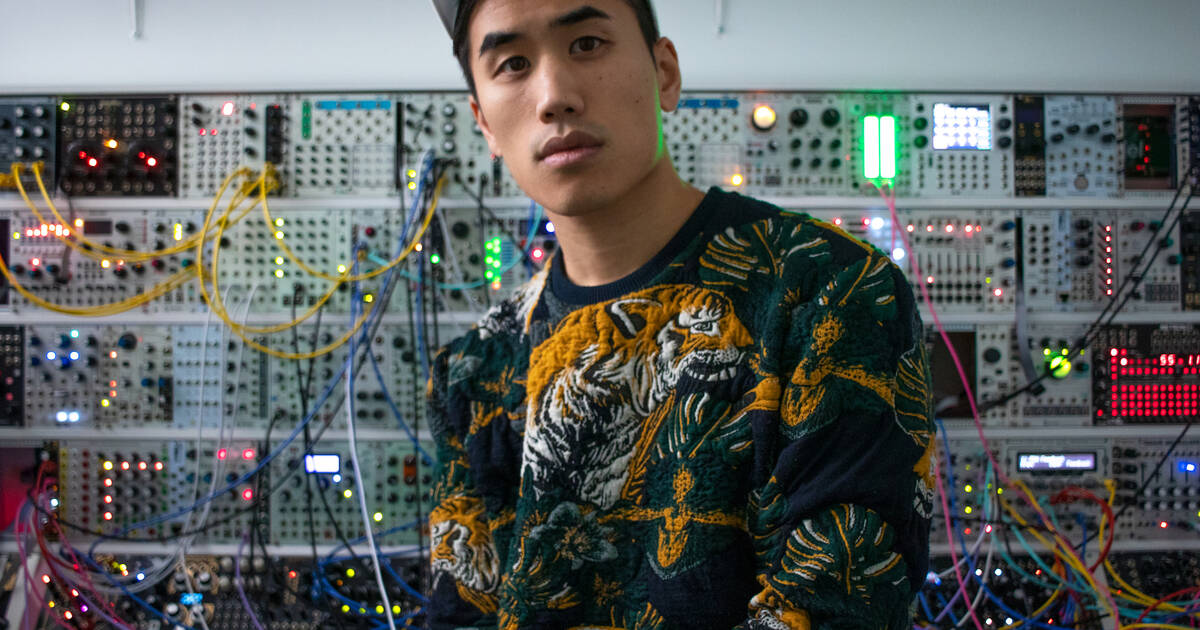 You might already know the viral YouTube producer and music gear reviewer Andrew Huang. But you might be surprised to learn that he lives right here in Toronto and gets most of his ideas from strolling through local parks.

“Toronto’s diversity is really special and I think that’s reflected in all the amazing artists coming out of here,” Huang told blogTO.

“I’ve fully embraced the ‘City in a Park’ motto. I love living in a big city but still being able to get lost in High Park or go for a run by the River Humber where a lot of my best ideas come to me. .”

Huang has about 2 million subscribers on Youtube and more than 253,000 subscribers on instagram and is now the creator of a music making app called Flip the sampler.

It’s all built from a relentless dedication to music and time spent cutting his teeth on the Toronto music scene, and a YouTube channel he’s been working on since 2006.

“I grew up in Ottawa and moved here when I was 18,” says Huang. “But apparently when I was two years old I was captivated by the CN Tower and the Blue Jays and told everyone I was from Toronto.”

He started as a child learning the piano and “kept falling down rabbit holes” from there, as he puts it, discovering cassette recording, turntables and synthesizers.

“I had both formal training like classical piano and university studies as well as this obsessive self-taughtness where every spare moment was spent reading about different tools and techniques or experimenting with things in the studio,” Huang explains.

“Video is more of a casual interest where I’ve learned enough to create what I want to create, but I might actually do things that are completely wrong and have no idea.”

His videos don’t show up that way. With millions of views and excellent editing, the relatively high-end production values ​​are likely to change your idea of ​​what can be created in an everyday bedroom.

He goes through detailed reviews of various music equipment, showing off his mastery and sometimes a clip of a song he produced using it. He’s also not afraid to shy away from fancier challenges that earn him views and subscribers.

“At first I only wanted to make music videos for my songs, but I found it both easier and more enjoyable to create videos documenting my creative process or to share some of the things I I had learned, and it was gratifying to see that people were able to learn from it,” says Huang.

Although music is his full-time career, his income still comes from a mix of income sources, and offbeat creativity has always been part of what has helped him succeed.

“When I was 19, I started posting eBay auctions where I created a song for the winning bidder,” Huang explains. “They ranged from $100 to $200 and it became my job for a few years.”

He eventually started a website to avoid eBay fees, growing a following and charging more until he could count on earning about 15 of those songs a month. That’s when people started approaching him to score ads.

“I was slowly building a fanbase for the original music I released, and I was doing well between royalties, merchandising, and performing live,” says Huang.

Although he stopped performing live in 2017, if you were part of the indie scene at El Mocambo, Rancho Relaxo, Cameron House, Supermarket or Horseshoe, you might have caught him performing solo or in a band. As for where he hangs out these days, he likes Tranzac and The Rex.

Now that he’s focused on YouTube, he’s been able to capitalize on opportunities for advertising revenue, sponsorships, collaboration on music products, and teaching his own in-depth online music lessons.

“I’m pretty prolific and have some weird ideas that I’m able to execute well, which seems like a winning combo on social media where you repeatedly have to get people’s attention,” Huang says.

“I’ve never seen anything super viral, but I’ve done a lot of things that were interesting enough to get a few million views, like this piece of baroque music where the notes are shaped like a unicorn. These last few years, I think it was less about shareable novelty and more about creating content with my own particular flavor.”

Over the next year, Huang plans to release a number of software and hardware music tools with plug-in companies and boutique synth designers. He also wants to return to his classical roots and experiment with orchestral music.

“I enjoy all genres of music and think all approaches are valid, whether you want to make songs in your bedroom or try to get a hit with a team of ten songwriters,” says Huang.

“At the end of the day, however technical or commercial my content may be at any time, the enjoyment of making music is always the biggest goal.”