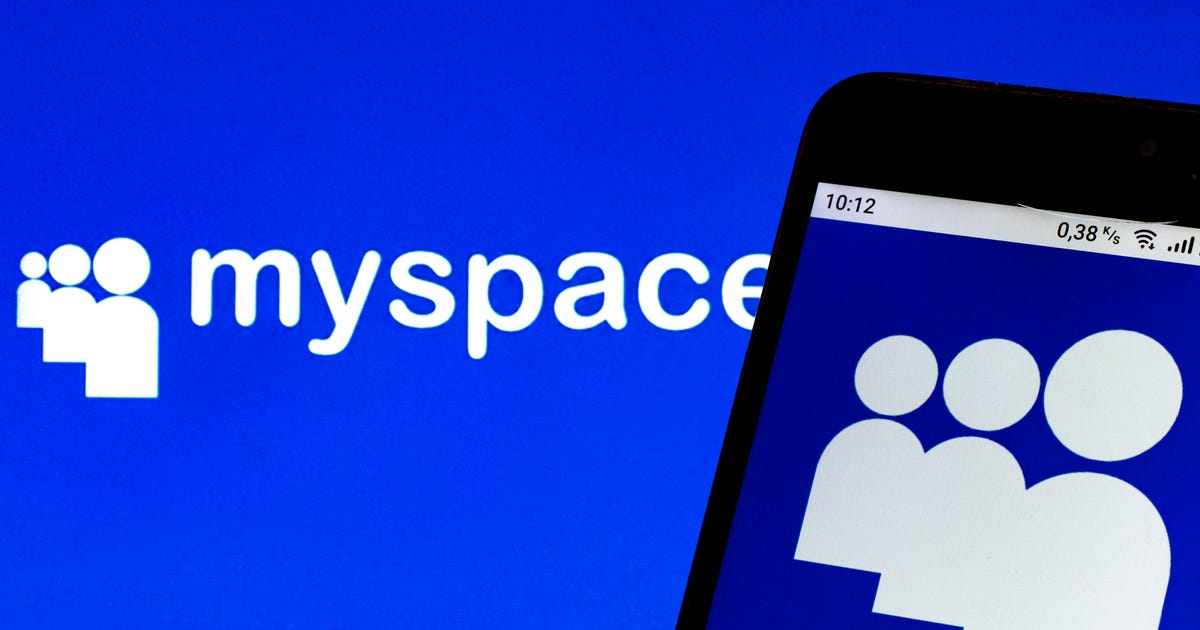 The beginning of MySpace was the pinnacle of social media

In 2022, Facebook has 2.91 billion active users, making it the most widely used social media platform. But to me, it will always pale in comparison to the start of MySpace.

Founded in 2003, MySpace was the first social media platform for many people. Facebook was founded a year later, and despite its early restrictive membership practices, Facebook’s user count would soon accelerate beyond MySpace’s user count. MySpace is still there, but the number of visitors to the site – not even active users – has dropped to a few million.

Despite this, early MySpace was better than any version of Facebook. For those who remember the early days of MySpace, it was a learning tool, it helped shape our identities, and it broadened the musical landscape.

One of the most defining features of early MySpace was the ability to customize all. Don’t want a boring white background? Change it. Want to change who appears in your eight best friends? Maybe tell your friends first, but you could. I even remember adding a cartoon dog named Lightning to my page that visitors could interact with by giving the dog virtual treats. But to do all this, you had to learn a little HTML and CSS. Although there were many, I remember a MySpace user named “Profile Master” who wrote tutorials on text effects and Javascript.

The skills people learned from MySpace may have led people to careers or opportunities that would help them throughout their lives. HTML, CSS and Javascript are some of the basic tools web designers use on a daily basis; they earn about $57,000 a year on average, about $6,000 more than the average American salary. The number of web developer jobs is also expected to grow by about 13% from 2020 to 2030, according to the Bureau of Labor Statistics.

With simple HTML and CSS skills, you can turn your MySpace page into a virtual classroom or digital school locker, a place that showcases your unique personality and interests. But when you sign up for any version of a Facebook account, you’re stuck with the default template. In 2011, Facebook has allowed people to add cover photos to their profiles, but otherwise everyone has the same white background and blue outline. It’s not as engaging and it doesn’t help you learn new skills.

MySpace has since removed the ability to customize your page code, but it was one of the site’s best features.

Discover the latest apps: Be the first to hear about the hottest new apps with the CNET Apps Today newsletter.

It helped people develop their own voice and identity

Very few people used their real name on MySpace. People used nicknames or made-up names, allowing them to develop their identities without family or past constraints. A University of California study stated, “MySpace provides emerging adults with new cultural tools for…personal, social and gender identities.” Being able to personalize your page was one of them, but so were blogs. And a 2005 AOL study found that blogging on MySpace gave people a safe way to express themselves.

This opportunity is especially beneficial for members of the LGBTQ+ community who may be struggling with their identity or safety. A 2016 study by ConnectSafely, a digital wellness nonprofit, found that around 73% of LGBTQ+ youth were more honest online than in real life, and that anonymity helped them express themselves . Being able to express yourself in this way can help solidify “a coherent sense of self.” The anonymity and freedom that MySpace has given its users has helped many people, especially young LGBTQ+ people, to be authentic and connect with other members of the LGBTQ+ community.

MySpace introduced a lot of new music to the world

Music was at the center of the first MySpaces. Artists could open MySpace pages, upload their music directly to the platform for people to listen to, sell merchandise, and post show information. Groups could also interact directly with their fans.

MySpace has also helped many musicians grow their fan base and complete their rise to fame. Masked metal band Ghost have uploaded demos of their debut album on MySpace. “48 hours later, the band was already being approached by all kinds of people,” frontman and lead vocalist Tobias Forge told Revolver Magazine in 2018. Panic! At the Disco, which at the time had barely 3,000 page views, used MySpace to find the newest member of the group with a simple post. And future Grammy winner Adele signed with XL Recordings at 18 after then-A&R executive Nick Huggett saw some of her demos via MySpace.

It was better for personal interaction

If you log into Facebook today, you might feel compelled to wish happy birthday to a friend you’ve never met in real life or to like a professional page that one of your high school friends sent you. You’ll pass ads to buy products you were looking at on another website, or ads for pages you don’t intend to click on. You might even see an older family member’s comment on a post from a group you’re not in. Facebook’s general clutter can feel like it’s moving through a spam folder.

When you logged into MySpace 15 years ago, your friend might send you a funny chat video. Maybe someone changed their top eight, knocking their partner off the top spot and sparking some drama. Maybe a band you love is releasing a new song for you to listen to on repeat. The ads were on the periphery of a MySpace page, but they weren’t the main focus and they were easily identifiable. You never had to filter posts to find what interests you. MySpace allowed people to share and create intimate moments and communities with others.

The beginning of MySpace is gone, but there is hope

MySpace isn’t what it used to be, but another social media site is trying to pick up where it left off. SpaceHey launched in late 2020 and has many of the same features, including the layout of the first MySpaces. It’s free to use – and maybe it can bring back that magic of MySpace’s early days.

To learn more about social media platforms, find out how many people use facebook and twitter for newsthe launch of Former President Donald Trump’s social media app, Truth and how many americans think social media should self-censor.

Jeff Kosseff Guest-Blogging on “The United States of Anonymous”