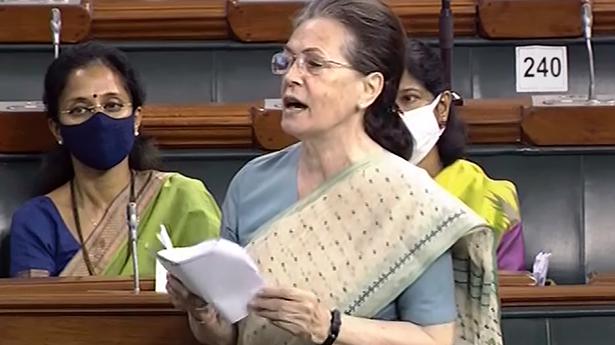 The danger of social media being misused to hack democracy was growing and the government should end “systematic interference” by Facebook and other social media giants in electoral politics in the world’s largest democracy, said Congress President Sonia Gandhi on Wednesday.

Raising the issue during Zero Hour in the Lok Sabha, Ms Gandhi said global companies like Facebook and Twitter were increasingly being used “to shape the political narratives of leaders, political parties and their proxies”.

She noted that social media companies did not provide a level playing field for all political parties and referred to the survey conducted by The Wall Street Journal last year in which it was claimed Facebook had circumvented its own hate speech rules to favor ruling party politicians.


“Recently, AlJazeera and the journalist Collective demonstrated how a toxic ecosystem of proxy advertisers posing as news media thrives on Facebook, circumventing our country’s election laws, breaking Facebook’s own rules, and completely suppressing the voices of those who s ‘rise against the government,’ she observed.

Facebook, with the connivance of the ruling establishment, was filling “the minds of young and old with hate through emotionally charged misinformation and proxy advertising”, she alleged.

“These reports show a growing connection between big business, the ruling establishment and global social media giants like Facebook…I urge the government to end this systematic influence and interference by Facebook and other giants. of social media in the electoral politics of the largest democracy in the world. This goes beyond partisan politics. We must protect our democracy and our social harmony, no matter who is in power,” she added.


BJP member Nishikant Dubey, speaking shortly after her, accused Congress of trying to suppress free speech by introducing Section 66A into the Information Technology Act. “It is still undecided whether Facebook and Twitter are considered publishers or intermediaries. Today when Yasin Malik, who killed Indian Air Force officers, is seen with Manmohan Singh in a photo, there is an attempt to remove him,” he said.

He urged President Om Birla to set up a committee to review and present a white paper on how freedom of speech has been curtailed during Congress rule.

Congress leader Rahul Gandhi, who recently complained to the microblogging site about blocking his followers, shared a screenshot of the Al Jazeera – The Reporter’s Collective that claimed “a company funded by Reliance boosted the BJP campaign on Facebook”. “Meta-worst for democracy,” he tweeted.