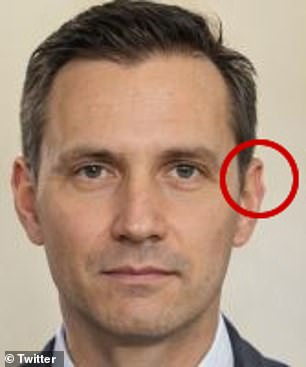 The social media giant said it deleted a batch of profiles, including those of a fictional aeronautical engineer and a guitar teacher gushing with anti-Kiev propaganda.

Both were revealed to have faces generated by artificial intelligence.

They were allegedly committed by two disinformation groups operating in Russia, as well as in Ukraine’s Russian-dominated regions of Donbass and Crimea.

Among the information shared is that Ukraine is a “failed state” and that President Volodymyr Zelensky is “building a neo-Nazi dictatorship”, as part of an attempt by Russia to undermine confidence in the Ukrainian government. 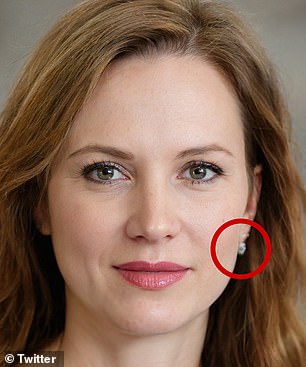 Russia has been accused of creating fake AI-generated Facebook and Twitter accounts of Ukrainians “who hate their country”. AI-generated photo of ‘Vladimir Bondarenko’ ‘has weird ears’ (left), while another fake Ukrainian has mismatched earrings (right)

I want you all to meet Vladimir Bondarenko.

He is a blogger from Kiev who really hates the Ukrainian government.

It’s an invention of a Russian troll farm targeting Ukraine. His face was created by AI. pic.twitter.com/uWslj1Xnx3

The fake aeronautical engineer turned blogger was called Vladimir Bondarenko from Kiev, ‘who really hates the Ukrainian government” and even has quite a story.

“He was an aeronautical engineer, until he was forced to blog when Ukraine’s aviation infrastructure ‘collapsed,'” said NBC’s Ben Collins.

Another fake Ukrainian created by the AI, Irina Kerimova from Kharkiv, was a “private guitar teacher” until she supposedly became the editor of a Russian propaganda site called Ukraine Today. 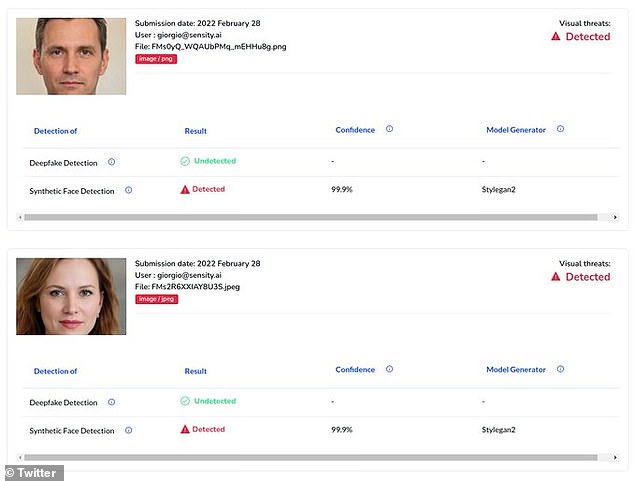 “Over the past 48 hours, we discovered a relatively small network of around 40 accounts, pages and groups across Facebook and Instagram.

“They were operated from Russia and Ukraine and targeted people in Ukraine on multiple social media platforms and through their own websites.

“We removed this operation, blocked their domains from being shared on our platform, and shared information with other technology platforms, researchers, and governments.

“This network used fake accounts and exploited fictional characters and brands across the internet – including on Facebook, Instagram, Twitter, YouTube, Telegram, Odnoklassniki and VK – to appear more authentic in an apparent attempt to stand up to scrutiny. meticulous attention to platforms and researchers.

“They claimed to be based in Kyiv and impersonated editors, a former aeronautical engineer and the author of a scientific publication on hydrography – the science of water mapping.

“This operation ran a handful of websites posing as independent news outlets, publishing allegations that the West is betraying Ukraine and Ukraine is a failed state.

“Our investigation is ongoing and so far we have found links between this network and another operation that we took down in April 2020, which we then connected to individuals in Russia, in the Donbass region of Ukraine and to two media organizations in Crimea – NewsFront and SouthFront, now sanctioned by the US government.

“Over the past few days, we have seen an increase in the targeting of people in Ukraine, including Ukrainian military and public figures by Ghostwriter, a threat actor who has been tracked by the security community for some time.”

Collins pointed out some flaws with the AI-generated photos of the fake Ukrainians, which were allegedly taken from ThisPersonDoesNotExist.com, an online tool that generates random fake faces.

For example, the photo of Vladimir Bondarenko “has weird ears”, while Irina Kerimova is shown with mismatched earrings.

Meta, owner of Facebook, said it discovered a relatively small network of around 40 accounts, pages and groups on Facebook and Instagram targeting Ukraine that had these fake profiles.

The company said, “We have removed this operation, blocked their domains from being shared on our platform, and shared information with other technology platforms, researchers, and governments.

“They claimed to be based in Kyiv and impersonated editors, a former aeronautical engineer and the author of a scientific publication on hydrography – the science of water mapping.

“This operation ran a handful of websites posing as independent news outlets, publishing allegations that the West is betraying Ukraine and Ukraine is a failed state.”

The AI-generated profiles are actually just one of two anti-Ukraine disinformation campaigns that Meta has tackled.

While the AI-generated profiles are linked to Russia, the other operation has ties to a hacking group from Belarus with ties to the Belarusian government called Ghostwriter. Belarus aided the attack on Ukraine, led by Russian President Vladimir Putin, in particular by allowing the Russian armed forces to carry out military exercises lasting several weeks on its territory.

This second Belarusian operation hacked into the accounts of real Ukrainian journalists, officials and other prominent figures “and released a video of Ukrainians waving a white flag of surrender,” Collins said.

Nathaniel Gleicher, head of security policy at Meta, said: “Ghostwriter usually starts by compromising their targets’ email and then uses it to take control of their other accounts.

“That’s why it’s so important to enable two-factor authentication and use a password manager to avoid reusing passwords across the Internet.” 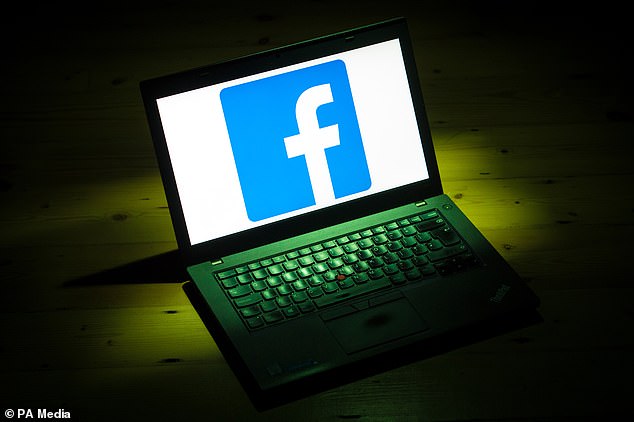 Meta, the company that owns Facebook, has removed anti-Ukrainian operations from its sites (file photo) 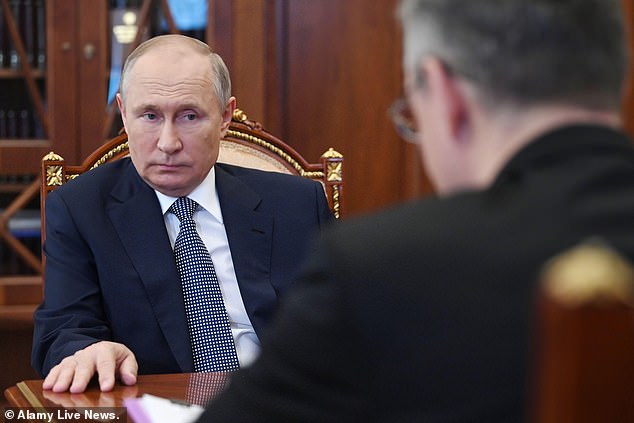 According to Gleicher, the larger of the two disinformation groups — the former using fake AI profiles — operated in Russia, as well as in Ukraine’s Russian-dominated regions of Donbass and Crimea.

Gleicher told NBC that the propaganda campaign was able to “sow internet stories that Ukraine is not doing well” by “impersonating Kiev-based journalists.”

“The good news is that none of these campaigns have been as effective, but we see these players trying to target Ukraine at this point,” Gleicher said.

“These actors try to undermine trust in the Ukrainian government, suggest it is a failed state, suggest the war is going very badly in Ukraine, or try to praise Russia.”

Here’s how social media platforms responded to the crisis