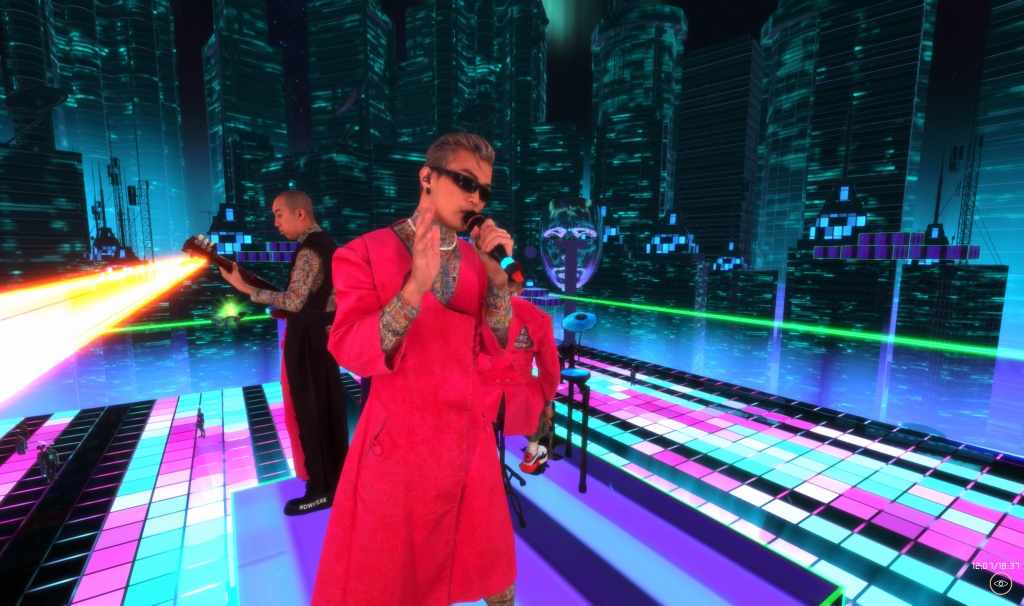 HTC Vive hits SXSW with VR creations, ideas for the future of entertainment

Taiwanese tech giant HTC Vive is approaching this year’s South by Southwest (SXSW) event as a milestone. The world leader in virtual reality will present two of its recent original creations which will lay the foundations for future gameplay of VR products in the highly anticipated era of Web 3.0.

The two featured productions, “The Sick Rose” and “Beatday – The Beginning – Mini VR Concert”, pictured above, are representative of the future direction of HTC Vive Originals, said its president Liu Szu-ming.

“With the development of VR technology at the core of our development, our future creative output will incorporate elements such as interactivity, 3D aesthetics, blockchain, encrypted information channels and AI technologies.”

The pandemic-themed “The Sick Rose” is a stop motion animation work co-directed by Tang Zhi-Zhong and Huang Yun-Hsien. The title, which follows the fantastical journey of a sick little girl during the pandemic, debuted in the VR competition section of the Venice Film Festival last year. This is an experience combining traditional Taiwanese clay figure craftsmanship and virtual reality filming technologies. Jointly produced by HTC Vive Originals and TurnRhino Original Design Studio, the film took 14 months to produce in the studio and was shot with high-end 360 8K stereo 3D micro photography.

“‘The Sick Rose,’ which explores the humanity and innocence of children in the context of the pandemic, is a new cultural hybrid that merges traditional craftsmanship with VR technology,” Liu said.

“Beatday,” on the other hand, is an experiment in what live concerts might look like in the futuristic era of Web 3.0. The version that will be presented at SXSW is the first VR experience in the “Beatday” franchise, a multi-player experience that allows the public to immerse themselves in a concert via a VR headset. SXSW audiences will be able to enjoy a virtual experience of Taiwanese indie band Amazing Show’s performance of their hit song “Mark Twain.”

Producing “Beatday” is challenging, Liu said, because it demands greater quality in terms of technological advancements and aesthetics. Bringing the title to SXSW, which caters to a different but more commercial and wider audience than traditional film festivals, helps promote not only Vivi Originals’ creations, but also Taiwanese creative output, Liu added.

“’Beatday’ is the next generation live concert experience. From its level of creativity to its aesthetic value, this title has reinvented what virtual reality can be,” said Liu.

In fact, “Beatday” is just the first step in the Vive Originals experience. In the future, “Beatday” will play a vital role in the development of the metaverse, which will connect with blockchain technology, supporting other Web 3.0 elements such as NFTs and the wallet, allowing users to travel between d ‘other metaverse platforms in their avatars,’ Liu said. Users can choose to attend the concert of their choice, virtually, and also create their own concert. It is also possible to develop a “play to win” mechanism, allowing players to generate revenue from the virtual domain.

“By bridging the gap between the real world and the virtual world, players will have the chance to create a second life in the metaverse. We will strengthen the lineup of our upcoming performers, inviting singers and musicians from across Asia and the rest of the world to hold all kinds of virtual concerts,” Liu noted. “‘Beatday’ is going to be a whole new ecosystem.”