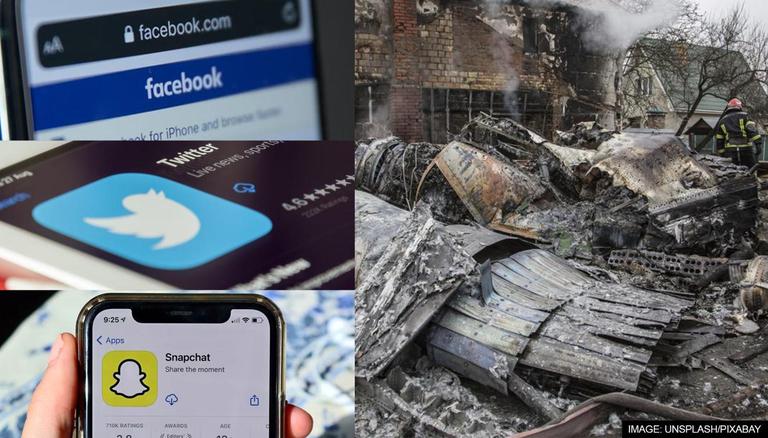 Here’s how social media platforms responded to the crisis

Russian forces invaded Ukraine last week and since then the world has watched the war unfold in Ukraine. Russia’s invasion once again put the world’s military superpowers at odds and also threatened that intervention by any country could lead to one of the biggest conflicts in decades. Amid the bleak situation in Ukraine, several social media platforms are showing their solidarity with the Ukrainian people and have taken countermeasures to curb Russian activities on social media.

Social media platforms such as Meta, Snapchat and Twitter have announced plans to reduce certain aspects of misuse and misinformation and restrict access to Russian content. Find out how the main social platforms reacted to the Russian-Ukrainian crisis.

Additionally, Meta has also launched a Special Operations Center, staffed by native Russian and Ukrainian speakers, to monitor harmful content trends and will also add a new warning label when users share war-related images. Nathaniel Gleicher, head of security policy at Facebook, shared a detailed thread of tweets to explain the arrangements made by the social media platform.

2/ Last night we also took action to help locals stay safe online. We launched a new feature in Ukraine that allows users to lock their profile to provide an extra layer of privacy and security.

The micro-blogging site Twitter also adds warning labels to Tweets that share links to Russian state-affiliated media websites. It further reduced the circulation of this content by removing it from recommendations and downgrading it in the algorithm. Via its Twitter Safety account, the company shared a series of tweets on “how to control account and digital information when using the platform in high-risk areas.”

When using Twitter in conflict zones or other high-risk areas, it’s important to know how to control your account and digital information.

Every situation is different, so here are some things to consider:

Snapchat has halted all ads running in Russia, Belarus and Ukraine to allow for better information flow in the affected region. Snap also does not accept ads from Russian state entities, nor does it display state-affiliated media. In a statement, Snap said:

“We stand in solidarity with the members of our Ukrainian team and the Ukrainian people who are fighting for their lives and for their freedom. War is a scourge on our collective humanity, and in this case it is a direct threat to many members of our team members and their families, we pray for their safety and for peace.

Additionally, the company has also pledged over $15 million in aid to support organizations in Ukraine and is also working to help its staff get out of the affected area.

get latest entertainment news from India and around the world. Now follow your favorite TV celebrities and TV updates. Republic World is your one-stop destination for trends bollywood news. Log in today to stay up to date with all the latest news and headlines from the world of entertainment.