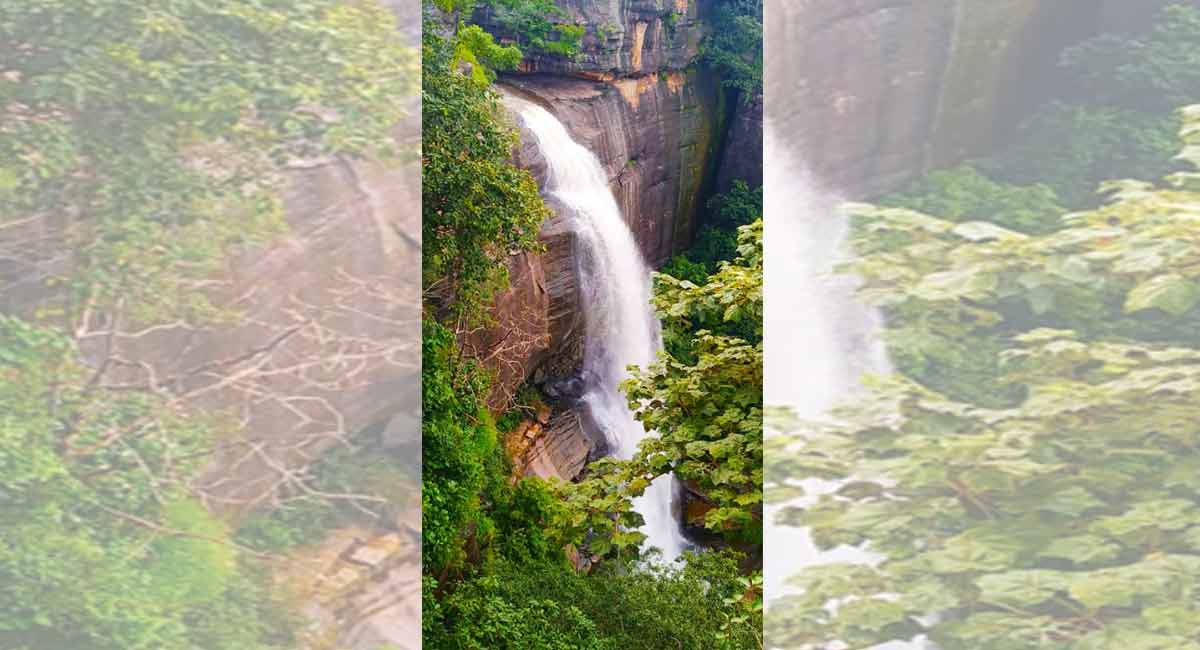 The scenic and lesser-known natural wonder nestles in the dense forests of remote Gundala village in Tiryani mandal of Kumram Bheem Asifabad district. It has come back to life due to the incessant rains that have hit several parts of the district in recent days. Some residents filmed the video of the fall and shared it on groups on the instant messaging app WhatsApp and the popular social networking site Facebook.

Pushpala Rama Rao, who worked as Tiryani’s deputy inspector, later posted the video on his Facebook wall and WhatsApp groups. A Twitter user posted the clip on the microblogging site, garnering nearly 8,000 views. Many of the site’s account holders shared the video widely, asking about the accessibility and location of the natural wonder.

Although the fall has enough potential to become a major tourist attraction in the district, it has failed to attract the attention of nature aficionados. This can be attributed to poor basic amenities such as road connectivity, accommodation and toilets. A few hardcore nature lovers would tend to visit the place by hiking treacherous rocky trails for more than 10 kilometers and wading through flooded streams.

One can reach the falls from Rompalli village at Tiryani mandal after arriving in Asifabad by train or bus. Visitors can locate the hidden gem of Ootla village at Dandepalli mandal in Mancherial district. They have to cross winding and dangerous ghats. The spot is located about 300 kilometers from Hyderabad.

How to Overcome the Fear of Sharing Ideas | The new times