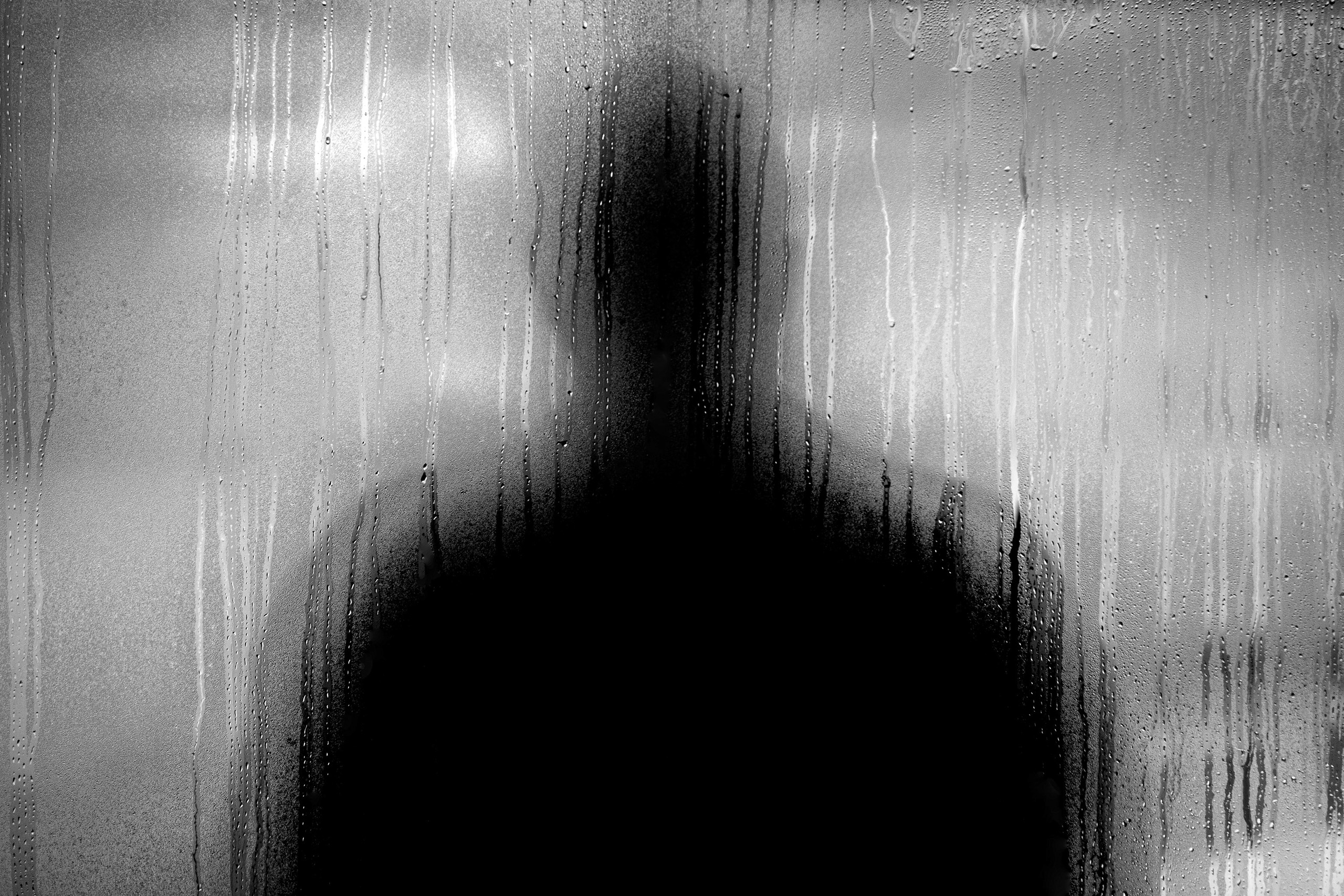 From Web 1.0 to social media with blogging pioneer Noah Gray – The New Stack

It’s not always easy to be a blogging pioneer, but it gives you a unique and far-reaching perspective. Just ask Noah Grey, the creator of the first influential blogging platform Greymatter in 2000.

Wil Wheaton’s New Memoirs argue that “blogs look the way they do, with the main content in the center and blocks on either side, because Noah Gray did it first.” Yet just two weeks ago, Noah Gray made a surprise return to the online world with a GoFundMe campaign titled ‘I’m losing my house in four days’ unless Gray can raise $35,000 to catch up on his mortgage. . And then the Internet surprised him by donating over $112,000.

Filled with gratitudeand with so much to say about our current social media landscape, Gray agreed to give us an update on his life and share his thoughts on the march of technology, the “old internet” and today’s blogosphere. today.

The New Stack: I have to ask you what blogging technologies are you use now? I know you share your photographs and art on your own personal blog at ManMadeGhost.com. Is it a WordPress blog?

Noah Gray: It is indeed! I want to do it again when I have the strength and the time. What’s there right now is a dormant vestige of 1-2 years ago when I came back from a very long hiatus in a mindset of “starting over” with my new job then. […]. But it all gave me a boost of confidence in my own story, and hopefully sooner or later I can put a fuller picture back there.

So what are your Thoughts on the general landscape of social media today?

Going through what I just went through, I heard a huge outpouring of love for “the old internet” which I guess I represent in a very small way. But I like to think it’s not just nostalgia, but a desire – and, I sincerely hope, a slow refocusing – for a decentralized, bottom-up, human-centered ethic. […]

I think it’s safe to say that, like most other “Web 1.0” users, my feelings about social media are, at best, very mixed. I was online before there was a web (starting in the 80s with Quantum Link, which later became AOL), and I blogged before there was a word for it. So I’m as fully born and shaped by all of web history as you can be, and I can’t separate concern for his well-being from mine.

I hate Facebook but I won’t criticize it publicly also a lot, in part because if anyone needs to hear all that’s wrong (and Twitter, etc.), it would be very badly served to hear it from me – they can turn to the vastly superior eloquence of my web-1.0 comrades who stayed in the arena for that, if they really need that case made for them at this point in the game. […] I think any unnamed figure or group of people who dream of themselves as our masters – and you better believe I’m looking in several other directions here – must, at the very least, always be held firmly to the strictest scrutiny and skepticism. .

But also, a lot of people I love use Facebook and everything else, who get all kinds of value and fulfillment from it, which is absolutely not mine. And I’m sitting here having enjoyed Twitter about as much as it’s possible for a human being to receive. They absolutely serve real needs, but I don’t think they – the companies/individual outlets at the top right now – will have the final say on them.

“I think it’s helpful to remember that, on the one hand, the web itself and everything we’ve built on it is still in its long-term infancy.”

I have no end of hope when I look at someone like Matt Mullenweg, the creator of WordPress, which currently powers over 40% of the all the internet beeping – Can Zuck and Musk even dream of holding a candle there? But HE does not control almost half of the network: he has given himself the mission of helping the network to better emancipate itself himself. Think of the vastness and roots of this, and how much it is wanted, needed and working in the middle of hell now. This is a future for which I will absolutely stand on the ramparts.

Are there any cool blogging technologies you yourself are keeping an eye on these days?

I’m probably not much more knowledgeable about “web 3” at this point than your average geek, and certainly have no idea how this is all going to turn out. I will say this, though: I think it’s worth remembering that, on the one hand, the web itself and everything we’ve built on it is still in its long-term infancy.

10-20 years ago may seem like ancient history to our digitally trained brains following the endless rush, but the true path of social technology and the formation of society itself will not be view only in an overview. Beneath the surface, the human current is vast, slow and almighty. (Think how “old” the phone itself is, and how most of us might have thought 20 years ago that phones had more or less finished shaping society as much as they possibly could. ) Overall, I think we’re in the midst of a sea change in history that we can’t measure with certainty, any more than most people in the mid-1930s could measure it until the late 1940s.

Every shining moment stands on a mountain of dead and forgotten technologies and platforms. For all the money and power they were given, and for all they tried to refashion us exclusively in their image, they were weighed and found wanting and quickly moved on. Today’s Electricity Brokers can throw as much money into whatever new verse they like, and try as much as possible to control where it all goes and shape it in their own image. And they might bend it in their own way for a little while, but the human heart will bend everything into its own shape in the long run. I to have believe that.

So, what do you take away from the creation of the original Greymatter blogging platform?

I wrote it strictly for myself, in just over a week (one of the most dangerously manic weeks of my life). I basically taught myself to code as I wrote it, and the gods know it shows. (I BECAME a much better programmer through experience, but couldn’t show it, outside of the total rewrite I wanted to give it but ultimately couldn’t.) Greymatter started from something I shared with a handful of fellow ultra-geek friends in what it became – something I didn’t have the strength to maintain for very long, and whose collapse and eventual erasure memory of the web (so I thought!) had marked me in a way that took me many, many years to come to terms with. […]

This is obviously getting into very personal territory here, but I really don’t mind – I’ve written about all of this many times in my nearly 30 years of blogging. Fighting the stigma around this and related issues (like being a male rape survivor) was very important to me even years before I did Greymatter, and what I always hoped would be a small positive thing what I have done with my life. I have a combination of Bipolar Schizoaffective Disorder, Autism, OCD, PTSD, ADD(H)D and Chronic Fatigue Syndrome. […] With the exception of living in California and Ireland for several years, I have spent most of my life here in Texas as an inmate. So I very I naturally thought of being online as an escape, a way to leave my four-walled world, to be judged by the words and thoughts I could express in my best states of mind. […].

And – above all – where I was able to discover that I was not alone, that for everything I lived with, everything in my mind and heart, there was someone – many, many wonderful people in fact – who knew and lived with the same things, who understood, who heard and who was listening and who needed be heard and listened as badly as I did… including a man in Dublin named Barry, who became the best thing that ever happened to me when I moved halfway around the world to be with him and marry him – and whose sudden death became the worst. (He was a paraplegic with epilepsy and multiple sclerosis, and died of a seizure in his sleep […] )

I remained isolated for most of the next fifteen years; I haven’t had any local friends for several years, and I haven’t left my home at all in recent years, except for medical reasons so far. […] I obviously had a “damaged” brain from the start, but after a failed suicide attempt eight years ago (I tried to hang myself, and the noose slipped; I don’t remember and I don’t know how long I was up there), I experienced slow and different mental deterioration. The part of my brain that used to handle the code just… doesn’t really “work” anymore. To me, this is all just an alphanumeric soup that is oddly painful to watch. (It’s an intensely bittersweet thing to be celebrated for something I can never do again. […] )

I haven’t written full software since Greymatter, I couldn’t tell you the last time I wrote code, and my brain damage affected me so badly that (among many other things) I couldn’t more even if I tried. But it pushed me to devote myself entirely to photography and art, and these were, if not nearly as impactful, immensely more fulfilling paths – my ultimate self-therapy. I didn’t choose the detour, but I ended up much better there in the long run. (And I think the internet has done much better with WordPress than it ever would have with me).

And now I have all of that, which has given me so much healing and reconciliation with my own past. For this aspect of my life and my heart, I think I can finally say that I wouldn’t rather be anywhere with him than where I am right now. […] My little world here is my base from which I try to maintain my spirit and maintain creative activity, which has always been my greatest self-therapy. […] And… now that my home is secure, I really want to find a way back into the world, one step (or one wheelchair ride, so to speak) at a time. […]

And there, I thought that after all the time I was online, the Internet could no longer hold any surprises for me…!

[During our interview Grey stressed his overwhelming gratitude — but also turned his thoughts to “countless struggling and disadvantaged people, in situations as bad or worse than mine.”]

No one should need GoFundMe, or doing “something big” or having your backs on awesome famous people. Every human being deserves love, compassion and respect, except those who would take it away from other humans.

And right now – as I’ve said many times above – I can’t help but believe in human kindness and the love we can and must all have for each other. This world will not survive without him – any more than I would have done here today.