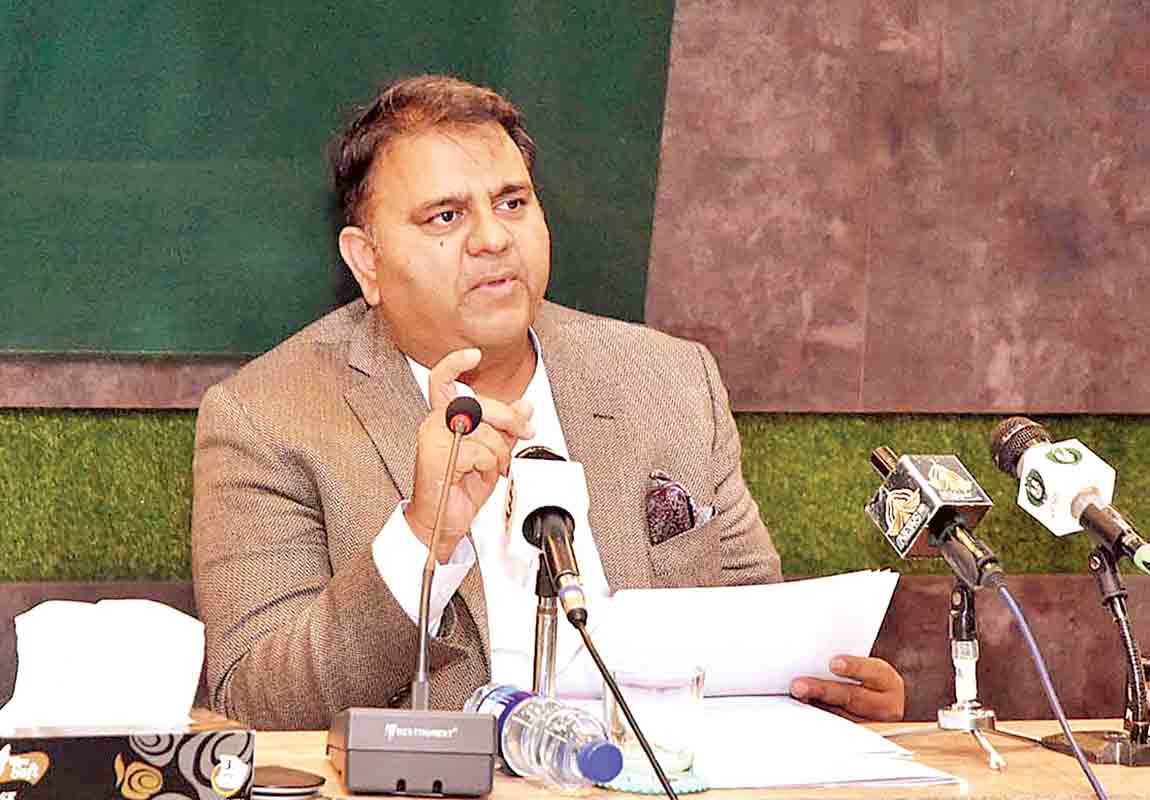 Defamation campaigns on social networks will be declared punishable offenses

The federal government has decided to tighten the noose around social media after receiving two key bills for approval, Information Minister Fawad Chaudhry said on Saturday.

In a statement on Twitter, the minister said that under the proposed laws, ridiculing someone on social media would be treated as a punishable offence. “Two key laws have been sent to the federal cabinet for approval. The first is to allow parliamentarians to participate in election campaigns, while the other is to make it a punishable offense to insult on social networks,” he wrote on the micro-blogging site.

The Prime Minister was referring to the recent report published in an English weekly which indirectly implied that Prime Minister Imran and his wife had developed differences and that the First Lady was living with her friend in Lahore.

Last year, the Department of Information Technology notified new social media rules, allowing the telecommunications regulator to block any website or platform on the instructions of a court, the federal government or the Home Office or under any law at the time.

The rules – titled “The Removal and Blocking of Unlawful Online Content (Procedure, Monitoring and Safeguards) Rules, 2021” – were made under the Prevention of Electronic Crimes Act (PECA), 2016. The PECA has was adopted by the National Assembly in 2016. amid opposition protests.

The PML-N, then in government, used its majority to bulldoze the controversial bill. The opposition, meanwhile, criticized the legislation for giving the executive what it called sweeping powers that could be misused against anyone and further restrict free speech in the country.

In November 2020, the Pakistani government Tehreek-e-Insaf drafted social media laws under the PECA, drawing criticism from digital rights activists, Pakistan’s internet service providers and the Asia Internet Coalition , who had called the laws draconian. The tech companies had also threatened to suspend services in Pakistan if the rules were not changed, saying the regulations would make it difficult for them to continue doing business.

The rules were also challenged in the Islamabad High Court (IHC). At one of the hearings on the petition, the attorney general had assured IHC that the government was ready to review the rules.

In March 2021, Prime Minister Imran Khan set up an inter-ministerial committee to review controversial social media rules. The committee had prepared the rules in August and they were adopted by the Cabinet Committee on Legislative Affairs on September 23. The federal cabinet had approved the amendments to the digital media rules on September 29 and the Ministry of Information Technology and Telecommunications had notified them in November. 14.

Ed Sheeran turns 31, fans shower him with love on social media: “Your successes keep us going, thank you”

Unique Wedding Gift Ideas for Bride and Groom and Parents