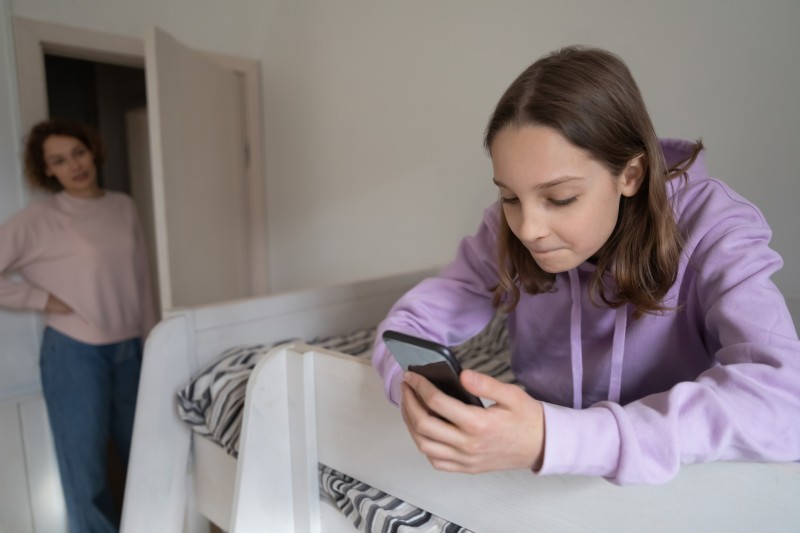 Children and social media: to interfere or not

OWhen I started blogging for TulsaKids, the most advanced technology my kids had access to was a VCR, a Wii, and the occasional use of a shared tablet or family computer. But as Stevie Nicks tells us, time makes you bolder, even kids get old, and I get old too.

As slightly older parents who had our children in our thirties, my husband and I are in a unique position when it comes to connective technology and more specifically social media. We both first went online as young teenage adults, and although we’ve spent our entire adult lives immersed in the digital age, we’ve seen it grow as we have. , experiencing the dangers of remote access, pagers, the first SMS messaging on our Nokias (and Snake!), the first chat rooms, Hotmail, Myspace. Ask Jeeves. I remember when making friends online seemed altogether futuristic and bizarre rather than the norm.

For better, for worse, or for indifference, the sum of these experiences adds to the pile of things we considered when our children started using technology without adult supervision and asking for permission to subscribe to apps like Discord. As Gen-Xers, we grew up in a time when scaring kids was the go-to parenting tool, a tool that almost invariably backfires when kids realize the hyperbole of it all once they realize that there’s no crack in their Halloween Candy. I didn’t want to do this to my kids, but I also know it’s a dangerous world and the risks are real when it comes to online communications. Heck, in 2003 while we were sleeping, our neighbours four doors down was executed by someone one of them met online.

The problem is that there is still no expert consensus on the right way to handle teens’ online communications. If you want to take a closer look at opinions on the subject, you’ll be stepping foot into a hornet’s nest of differing viewpoints. Justin and I tend to be chaotic good parents: we don’t have many rules as long as respect for others and self is the norm, and we prioritize communication over drastic measures, so we struggled with the lack of information available on this subject. topic.

Our approach has been recommended by many experts, including a library book I picked up called What they don’t teach teens: Life safety skills for teens and the adults who care for them. We talked to children at length about online safety issues, information sharing, privacy, risks, cyberbullying, etc., before giving them fairly free access to online communications. I changed our approach by introducing kids to online communication when they were still young enough that we could manage their interactions, creating accounts that we supervise through Messenger Kids and Instagram.

But now that my sons are 14 and almost 14, they are past the age that most social media sites allow kids to have accounts. I also know that denying kids access to something tends to mean that they’ll just go after that thing without adult permission and supervision, which frankly scares me.

As I tried to sort through expert opinions on how to bring kids into a world I never knew as a kid, my head was swimming with my own experiences in my early days on the networks. socials, hard knocks where I learned the consequences of oversharing, the reality of friendships that seem more intimate than they really are, the dangers of feeling empowered by anonymity and hurting others with my words. These were hard lessons to learn as an adult, and I did it in the early days of the internet, when a bad decision didn’t necessarily have lasting consequences like it does today.

Ever present in my mind is also the mental record of unsolicited advances and unwanted eggplant photos I’ve received online over the years in my DMs, and not just on sites like Facebook. I once played a French-speaking Scrabble partner to improve my language skills, conversing occasionally in the chat, when one fateful day he started asking me if, as a married woman, I considered “sharing” online (to put it mildly) to just be fun and would I be interested in DMing for those purposes outside of the app? And just recently, a particularly enterprising guy tried to strike up a romantic relationship on Nextdoor. And you, Nextdoor?

Perhaps more troubling is the fact that expert consensus on how to handle teen digital activity is virtually non-existent at this point. In its place, I found parents with strong opinions that teens should have complete privacy online (the argument that educating and liberating them is the best approach) or expecting nothing at all. in terms of confidentiality. To say that I found the debate completely dizzying is an understatement.

Some argue that too much digital surveillance can erode trust between parents and is like reading a child’s diary, overlooking the fact that a diary only involves the thoughts of one person while the interactions online open them up to the world. And then there’s the reality that most kids are more internet savvy than their parents, cleverly using VPNs, incognito windows, and alternate accounts to evade parental oversight.

Initially, I took the approach of heavily educating my children about the potential risks of online communication and other key issues. I allowed them to join Discord, but with the caveat that I would watch from time to time. It felt intrusive to me, so I imagine it may have felt to them too, but I basically wanted to give them ‘training wheels’, alerting them to potential problems as they arose. . They were mostly interested in talking to other kids, some of whom they met in Xbox Live games and wanted to connect to share cheat codes and tips.

Every time I randomly looked at my kids’ web history or looked at their computer, everything seemed to get better and better. Until it doesn’t. And then one day I found something that posed a risk on one of their accounts, with the kid in question using subterfuge to keep us from finding out about many of their online interactions.

I don’t blame the child in question for this but my own naivety, and for my child’s privacy, I won’t go into detail. But it was a wake-up call to realize that education alone is not enough because children do not have a fully formed prefrontal cortex and are biologically unable to always have the same level of discernment and judgment as adults.

I think it’s good to trust children, but I also understand that even good, well-meaning children need to be watched. I figured that out before I let them dive into social media, so I set ground rules that I would periodically check their accounts for security issues. I’ve seen enough too Deadline to know that banning social media until they are grown up simply postpones the risk until a time when children are no longer under the protection of parents.

I have no conclusions to offer you today other than to warn you that even if you trust your children completely, the Internet is inherently a risky place for minors. The teenage best friends who were killed at Delphi are just one example of adorable kids who get tricked into thinking they were in an online relationship with an age-sure teenager only to become the target of a disturbing and heartbreaking crime. And the risk doesn’t just come from predatory adults. Take, for example, the teenager who pressured her boyfriend to commit suicide via a deluge of text messages.

the FBI estimates that more than 500,000 predators target teenagers and young people online, often posing as teenagers themselves and luring children into friendship with cheat codes for games and other similar perks. Discord in particular is full of sexual predators specifically targeting children and young teens, and they don’t do much to stop it.

I don’t know the answers, but I do know that it may not be enough just because you have educated your children, trusted them, and watched over them. Groomers are good at what they do and they are much more knowledgeable than most parents.

I also hope that this article will encourage people to think of better solutions to protect all of our children when engaging in online activities. Maybe we need a full educational component as part of their school curriculum. Perhaps we should hold social media companies more legally accountable when children are harmed by predators. I don’t know the answers, but I do know one thing. I’d rather be an overprotective smothering mother who pisses off my child than the grieving parent of a child who has been targeted by a predator.

Thank you for reading and have a good week in your nebula.