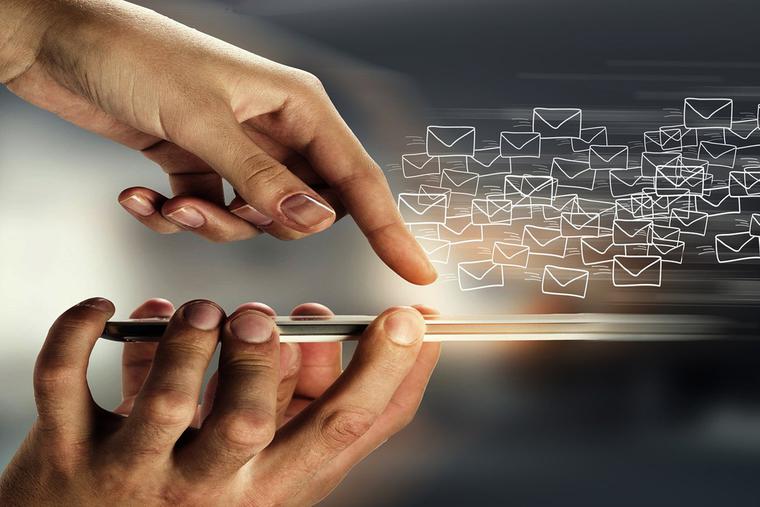 It’s a jungle on the Internet – what’s a Catholic to do?

Imagine this: you’re browsing Facebook posts and you inadvertently click on an ad for a new type of dog food. Next thing you know, you get multiple ads every day for dog treats and toys and soft dog beds.

Or you read your email and a sleazy, hyper-sexualized ad pops up.

It’s a jungle out there on the internet! Spammers and hackers can see the pages you’ve visited and then adjust their aggressive ad campaigns accordingly. They can too easily access private information and steal your identity. You (and your young and impressionable children) may find yourself confronted with X-rated materials. What should a Catholic do?

Two Catholic entrepreneurs believe they have found a solution to the problem of security and privacy breaches on the Internet. Together, Michael DiStefano and Kailash founded Fidei.email, an innovative social media platform that promises to respect your privacy while filtering out vulgar and offensive content. The men are both converts to Catholicism – Kailash from Hinduism – and they wanted to create a platform that was not antagonistic to the faith.

Both Michael and Kailash had worked in Silicon Valley, in many different capacities, and both had heard complaints from friends and associates about the values ​​and morals that were evident in big tech companies. Supporting tech sites such as Facebook, Twitter and WhatsApp, people worried about giving money to powerful organizations that were doing something wrong.

Fidei co-founder Kailash recently spoke about his goal in creating the new site and his vision for the future. “We think there are a lot of problems to solve on the internet,” Kailash said, “but for now we’ve chosen to focus on email as the best option. After some experimentation, we’ve found that unlike other platforms, email can be controlled whether you are the first user or the thousandth user.”

The Fidei website further explains, “Email has been plagued by privacy concerns and questionable marketing tactics for years. We’ve made sure Fidei picks up email and serves the faithful with an honest email service created by those who share your Catholic values.

Michael and Kailash began their ambitious project in early 2022. In the first week, Kailash reported, they sent 100 emails; by mid-March, that number had swelled to 3,000 emails in a single day. Among the unique features of Fidei.email are anti-spam protection; moreover, Kailash explained, they will not disclose personal information or email addresses to advertisers. Protection against profanity is more difficult because although the company prefers emails free of objectionable contact, it does not analyze the content of subscribers’ personal emails, so an individual can still send a objectionable message. In this case, the recipient could block the sender or respond personally asking them to refrain from sending offensive content.

Fidei.email subscribers will pay a monthly or annual subscription fee, but the advantage over other platforms is that Fidei will not sell your email address or use the platform to distribute spam.

While the Fidei site currently only offers private and protected email, Kailash said they hope to expand into other products. At this early stage, Kailash said, “We’re trying to figure out what’s really, really needed. We are also interested in providing a completely online Catholic financial service — a credit union. And we could possibly provide wireless service to Catholics.

Many kids today have smart phones – and often what comes with a smart phone is a full-throttle interest in “adult” content. Parents may try to impose limits on their children’s phones, but it can become a game of cat and mouse, with children trying to outsmart their parents and find ways to get around the rules. Fidei’s phone could be equipped with low-level technology that would not show pornography.

Kailash hopes that Catholics will be keen to support the Fidei project. He noted that many consumers seek to buy products that align with their moral values ​​– for example, choosing clothes that have been made by companies that respect their employees and pay a fair price for their work. Many consumers prefer to buy food in environmentally friendly packaging. Consumers in other verticals are often willing to shop with these values ​​in mind.

Likewise, Fidei offers a product aligned with the common values ​​of Catholics. As Kailash said, “We hope to be the start of a bigger movement of Catholics supporting Catholic businesses.”